I'm a passionate software developer and researcher from Brazil, currently living in Finland. I write about Python, Django and Web Development on a weekly basis. Read more. 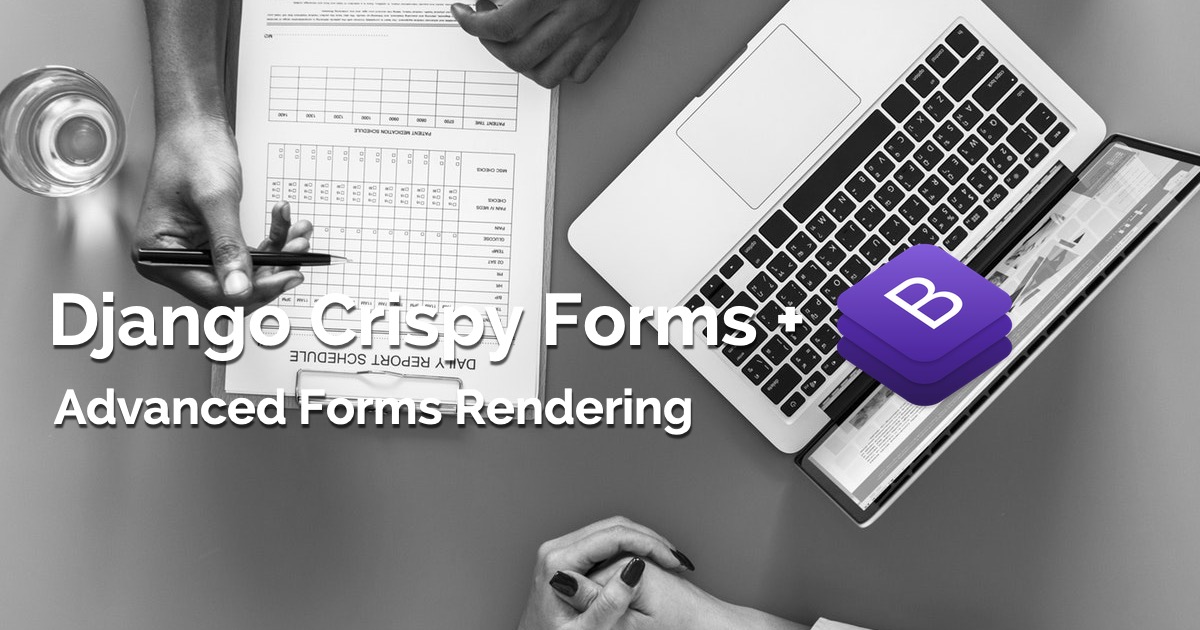 In this tutorial we are going to explore some of the Django Crispy Forms features to handle advanced/custom forms rendering. This blog post started as a discussion in our community forum, so I decided to compile the insights and solutions in a blog post to benefit a wider audience.

Throughout this tutorial we are going to implement the following Bootstrap 4 form using Django APIs: 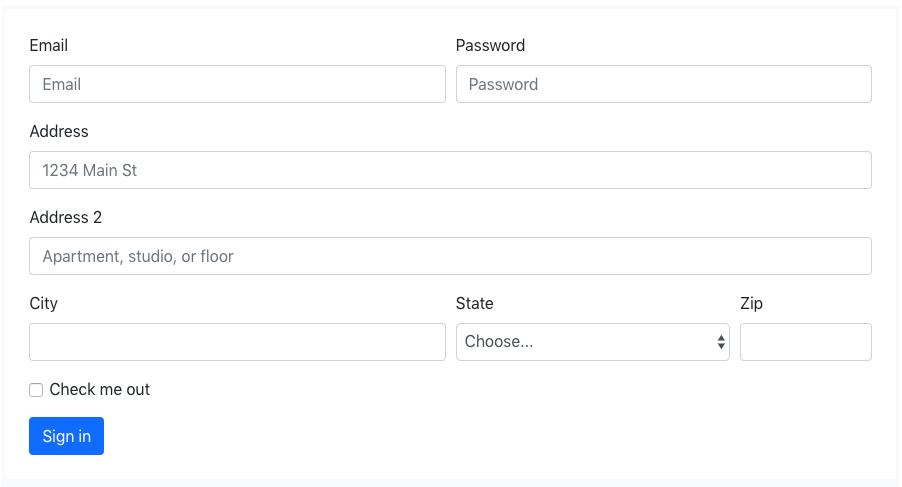 This was taken from Bootstrap 4 official documentation as an example of how to use form rows.

The examples below refer to a base.html template. Consider the code below:

For detailed instructions about how to install django-crispy-forms, please refer to this tutorial: How to Use Bootstrap 4 Forms With Django

The Python code required to represent the form above is the following:

In this case I’m using a regular Form, but it could also be a ModelForm based on a Django model with similar fields. The state field and the STATES choices could be either a foreign key or anything else. Here I’m just using a simple static example with three Brazilian states. 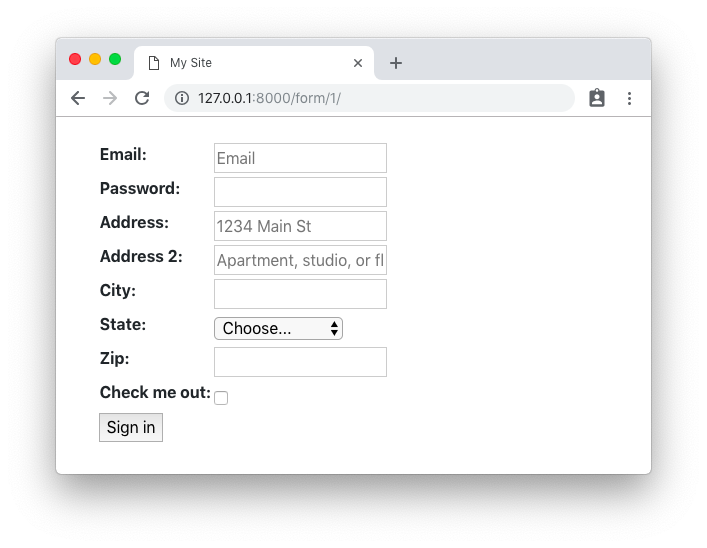 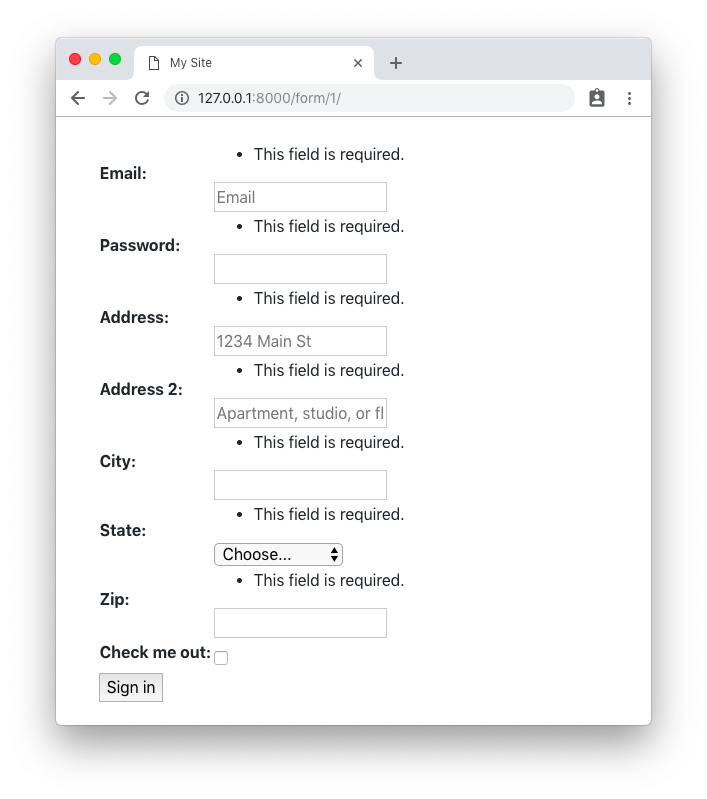 Same form code as in the example before. 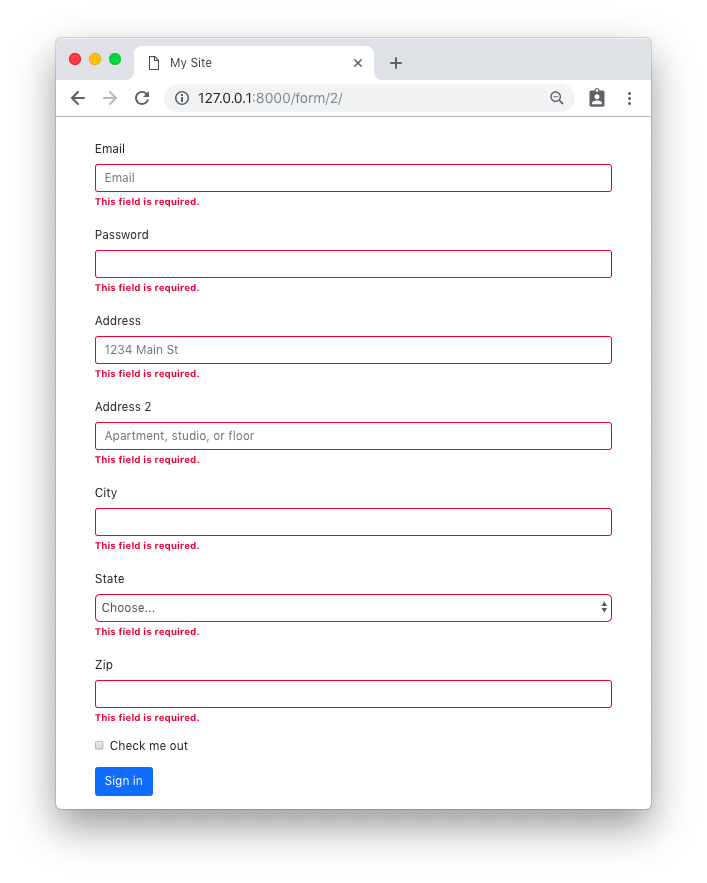 Same form code as in the first example. 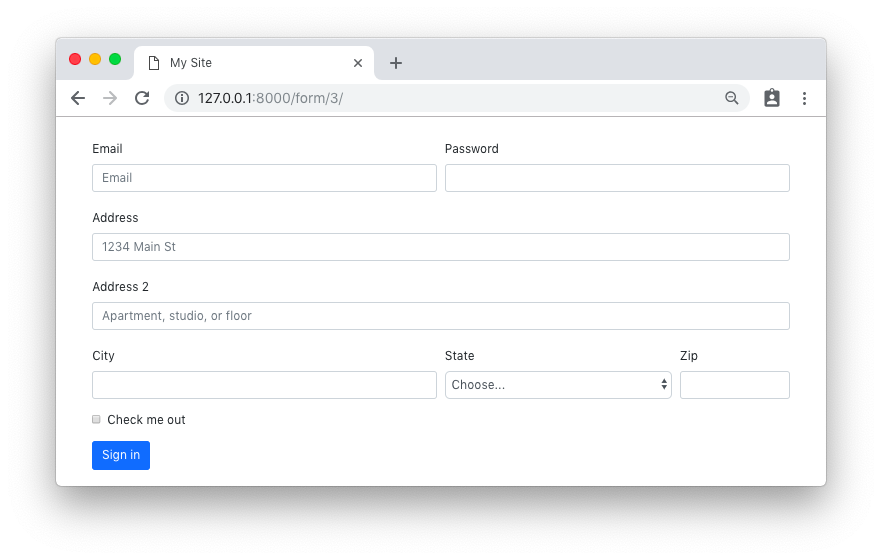 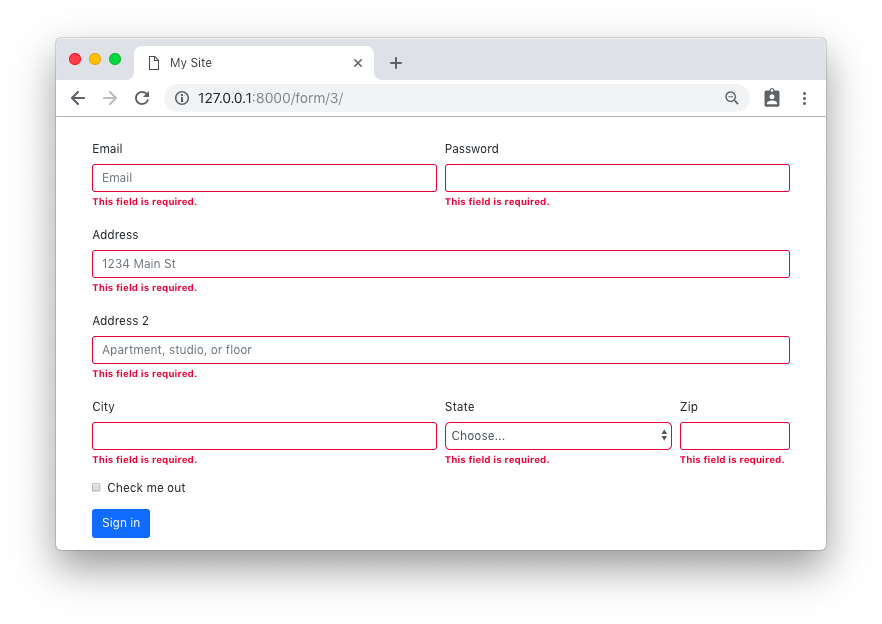 We could use the crispy forms layout helpers to achieve the same result as above. The implementation is done inside the form __init__ method:

The template implementation is very minimal:

The end result is the same.

You may also customize the field template and easily reuse throughout your application. Let’s say we want to use the custom Bootstrap 4 checkbox:

From the official documentation, the necessary HTML to output the input above:

Using the crispy forms API, we can create a new template for this custom field in our “templates” folder:

Now we can create a new crispy field, either in our forms.py module or in a new Python module named fields.py or something.

We can use it now in our form definition:

(PS: the AddressForm was defined here and is the same as in the previous example.)

There is much more Django Crispy Forms can do. Hopefully this tutorial gave you some extra insights on how to use the form helpers and layout classes. As always, the official documentation is the best source of information:

Also, the code used in this tutorial is available on GitHub at github.com/sibtc/advanced-crispy-forms-examples. 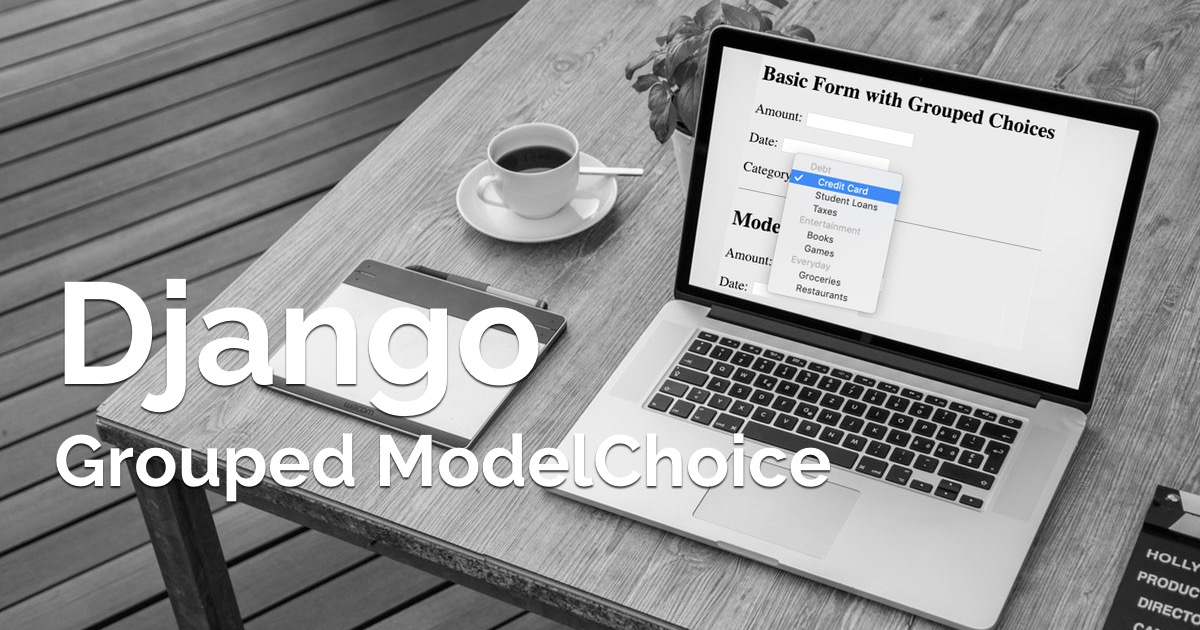 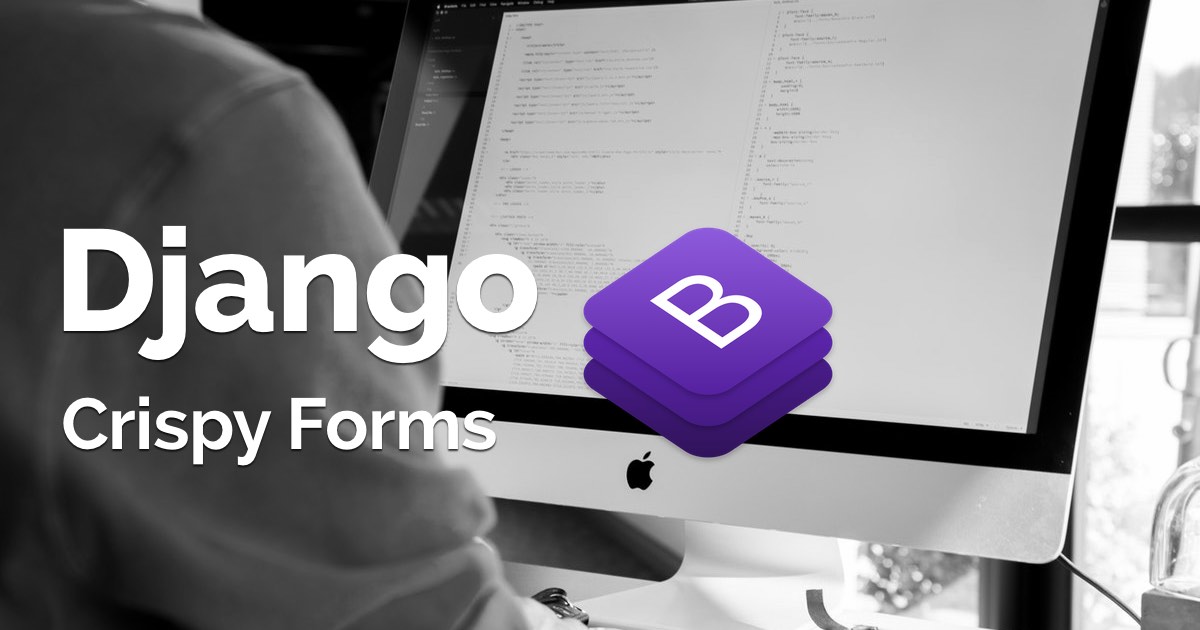