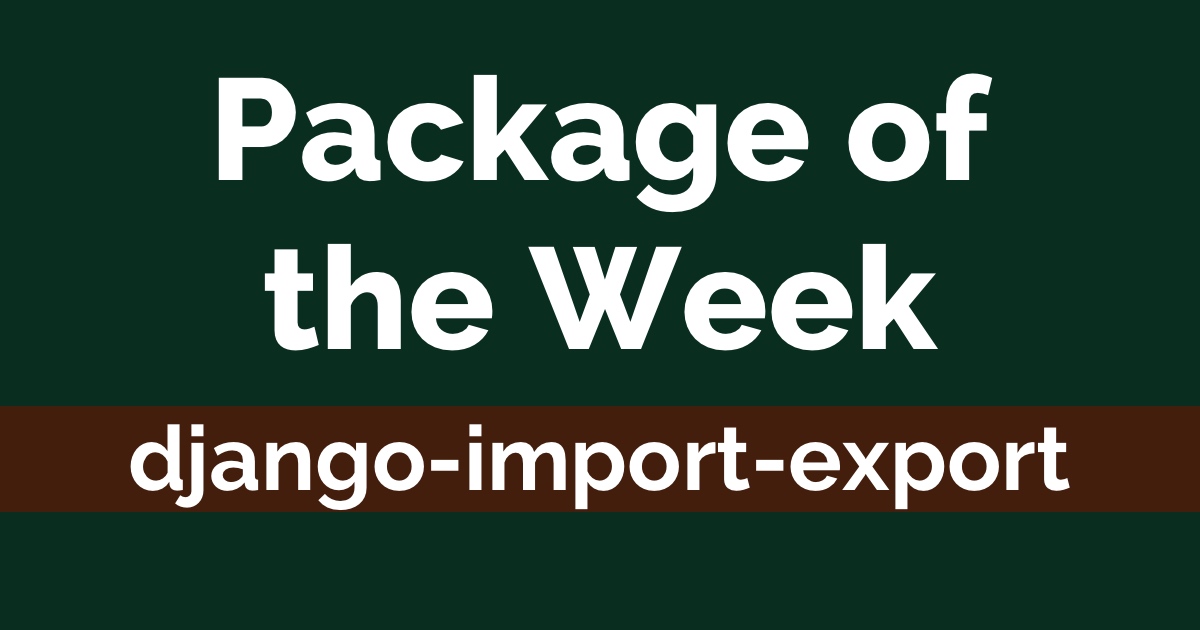 As the name suggests, this is a library to handle importing and exporting data. The django-import-export library supports multiple formats, including xls, csv, json, yaml, and all other formats supported by tablib. It also have a Django admin integration, which is really convenient to use.

Pip is the way to go:

There is also an optional configuration that I usually add:

The default value is False. It determines if the library will use database transactions on data import, just to be on the safe side.

The django-import-export library work with the concept of Resource, which is class definition very similar to how Django handle model forms and admin classes.

This is the simplest definition. You can pass several configurations to the Meta class like fields, exclude, etc. See the documentation for more details.

The id must be present because it is the primary key. But it will be generated though, so we don’t need to specify the value.

And you will already notice the Import and Export buttons. 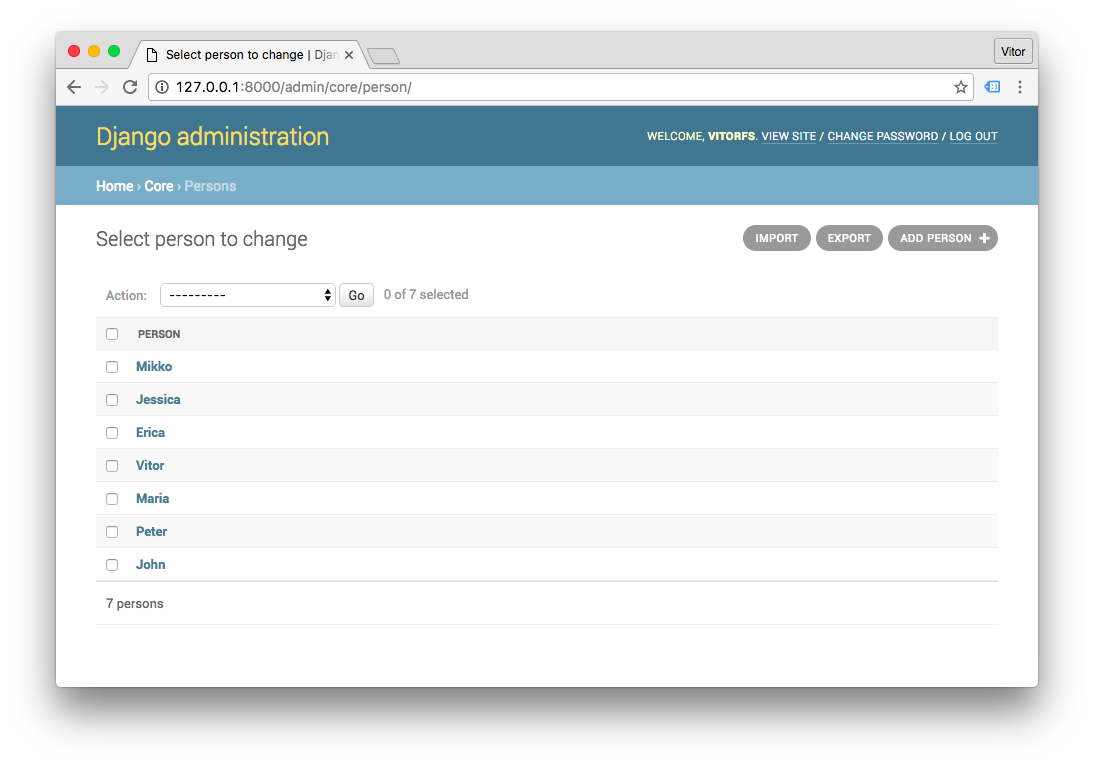 The import functionaly come with a nice diff, when importing existing items: 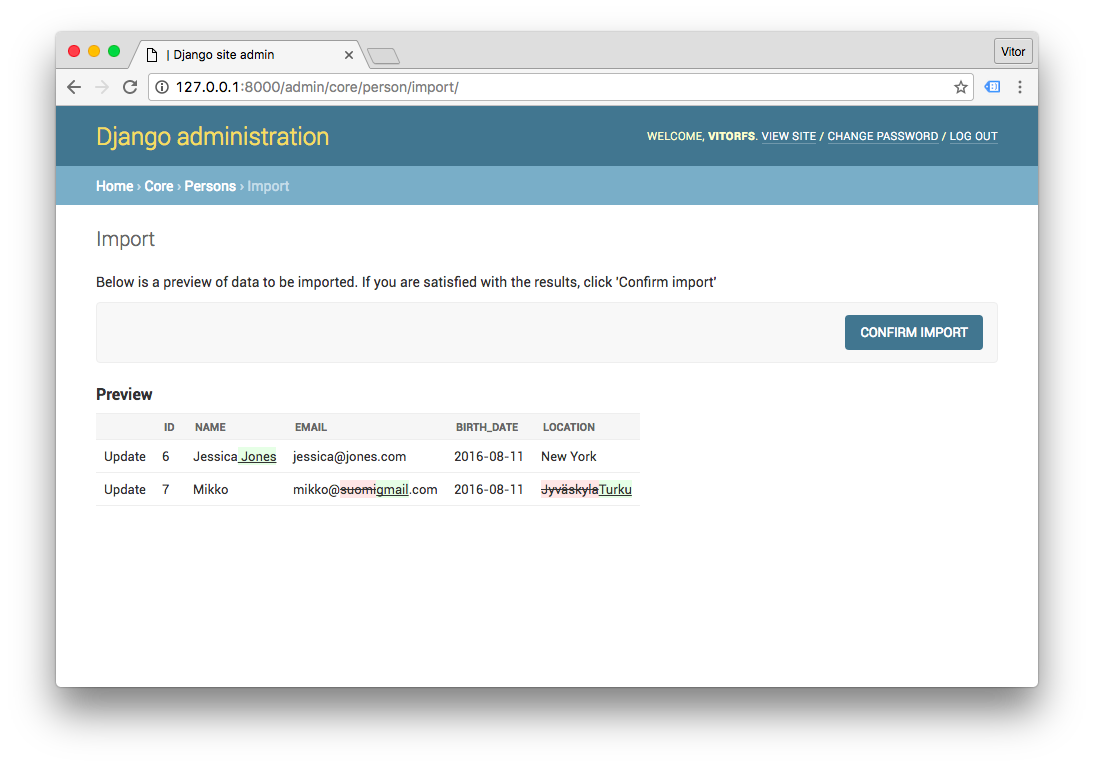 This is a great Django library. There is much more you can do with it. Totally worth having a look on the API reference.