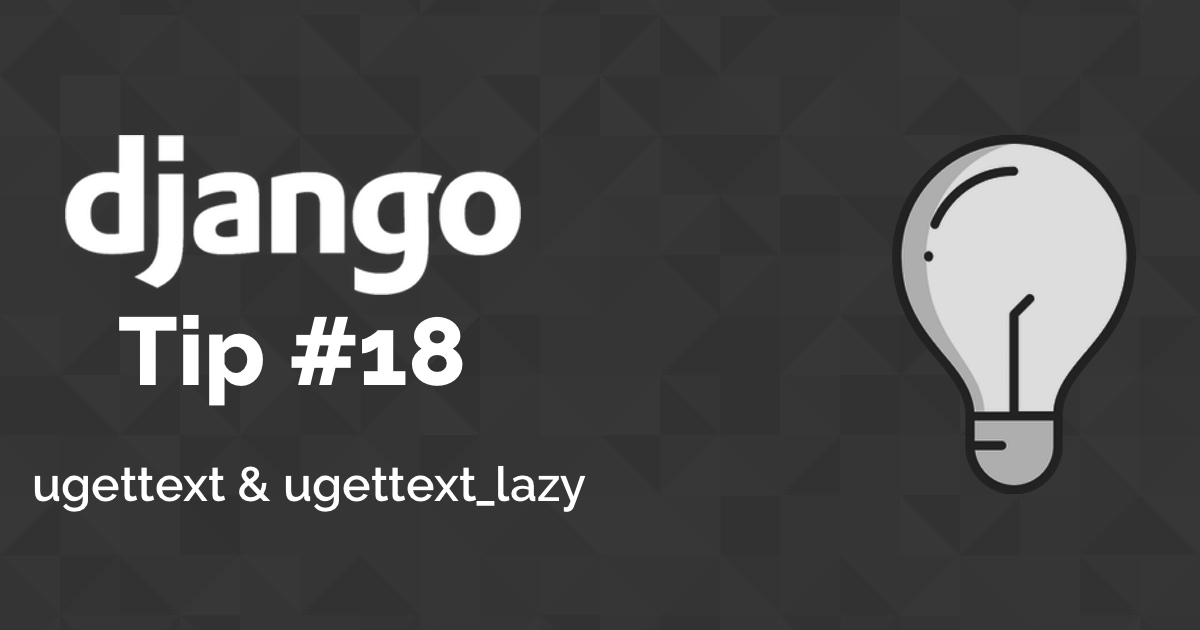 The Django translation API provides several utility functions to help you translate your application. They are all available in the django.utils.translation module. For the most cases you will be using ugettext() and ugettext_lazy().

As the name suggests, the “lazy” version of the function holds a reference to the translation string instead of the actual translated text, so the translation occurs when the value is accessed rather than when they’re called.

It’s very important to pay attention to this details, because in a Django project there are several cases where the code is only executed once (on Django startup). That happens with definition modules like models, forms and model forms.

So, what would happen if you use ugettext() (instead of ugettext_lazy()) in a model definition (let’s say on field labels):

To avoid this bahavior, you have to use properly the utility functions.

Here goes a summary of when to use ugettext() or ugettext_lazy():