How to Use Django's Generic Relations 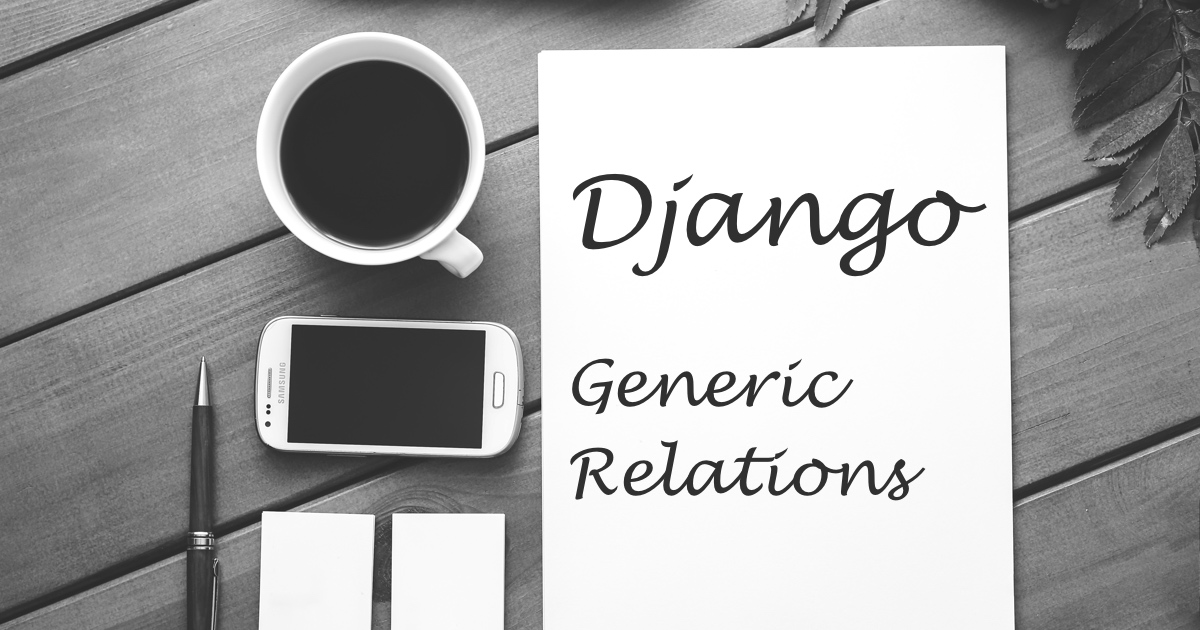 You probably have already seen Django’s ContentTypes and wondered how to use it or what is it for anyway. Basically it’s a built in app that keeps track of models from the installed apps of your Django application. And one of the use cases of the ContentTypes is to create generic relationships between models. That’s what this post is about.

If you didn’t remove anything from settings generated by the django-admin startproject myproject command, it’s probably already installed. Also Django’s built in authentication system relies on it.

Basically just make sure you have it in your INSTALLED_APPS:

Let’s say we have one social app where the users can ask and answer questions, up vote, down vote, favorite a question, like a post in the website, etc.

To keep track of that we create a model named Activity. See below:

So an Activity can possibly interact with a Post, Question, Answer or a Comment instance. In a practical scenario an Activity instance would represent a single interaction. For example, the User with ID 1 up voted a Question with ID 125:

And if I wanted to calculate how many up votes the Question 125 received, I could do something like that:

If we wanted to achieve the same result using Generic Relations, here is what the Activity models should look like:

Now we are no longer keeping ForeignKey to other models we want to track the favorite, like, up vote and down vote activities. Meaning we can now track those activities to any model we want without having to modify the Activity model.

The relation is created in the model you want to track the Activity:

A good thing about it is that if have a new model that you wants to interact with Activity, you simply add a GenericRelation:

And it’s already ready to use:

You may also define an extra parameter in the GenericRelation:

Then you can use it to query for example all favorited pictures that was uploaded by a given user:

This is just one of the usages of the ContentTypes and GenericRelations. Even though it seems very nice to use, take care when implementing it! It adds an extra layer of complexity and will eventually make things slower.

Another caveat is that the GenericForeignKey does not accept an on_delete argument to customize this behavior. The default behavior will cascade all the relations.

One way to avoid the default behavior is to not define a GenericRelation. Check the example below:

This is also an option if you want to interact with a model from Django’s contrib module or any third party model that you don’t have access to add a GenericRelation.