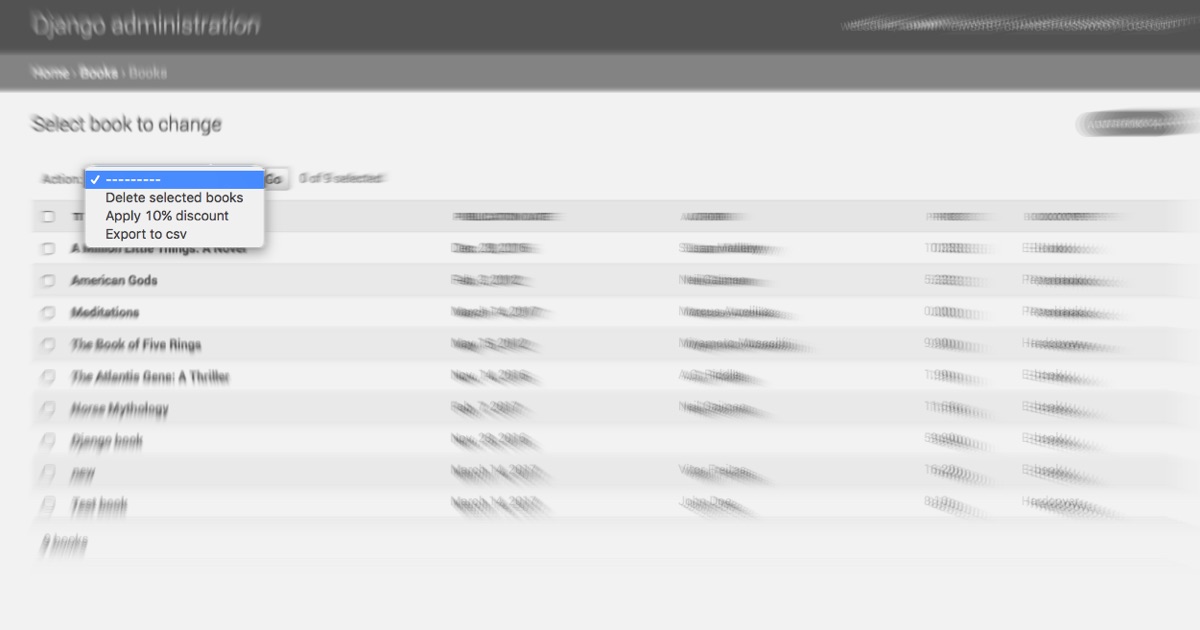 Each action in the list is a regular Python function that takes three parameters: the current ModelAdmin, a HttpRequest object (just like a view function) and a QuerySet, which is the list of selected model instances.

Following is the skeleton for a Action Function:

Let’s say we want to create a list action to apply a 10% discount to the selected books. It would be as simple as:

Don’t forget to add the name of the function to the actions list, and the result will be something like this: 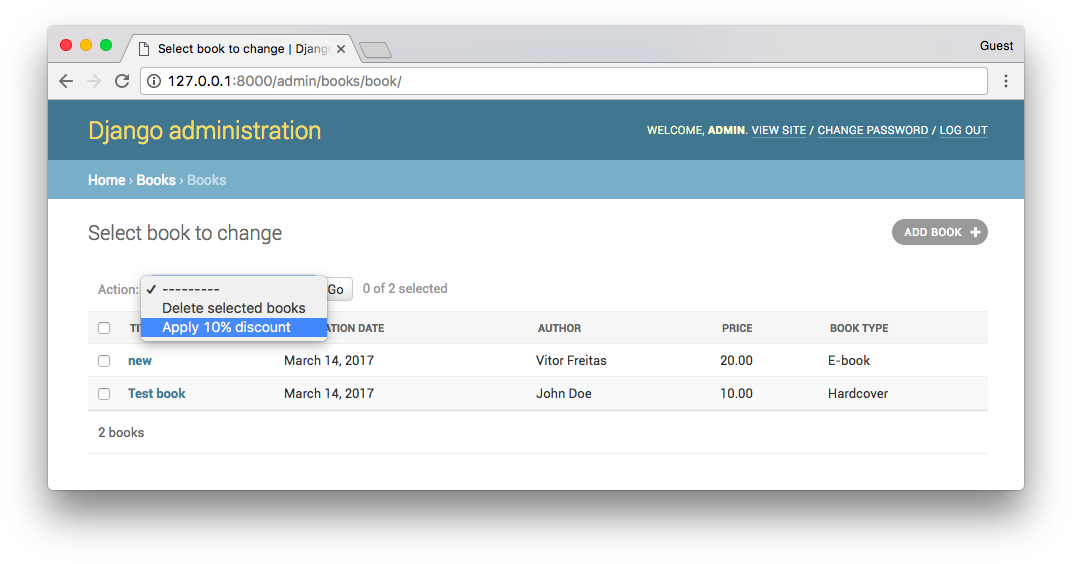 You can optimize the apply_discount function using a F() expression:

If you want to learn more about F() expressions, I have a post dedicated to that subject: Django Tips #13 Using F() Expressions

You can also use the list action to return a HttpResponse. A simple export to CSV example:

You can read more about data export here in the blog:

An alternative way to implement it is by creating the list action function as a method of the admin class:

Pass the method name as a string to the actions list, and rename the modeladmin keyword argument to self.

There is much more you can do with the admin list actions. Read more in the official documentation.

The example used in this tutorial is available on GitHub: sibtc/django-admin-list-actions 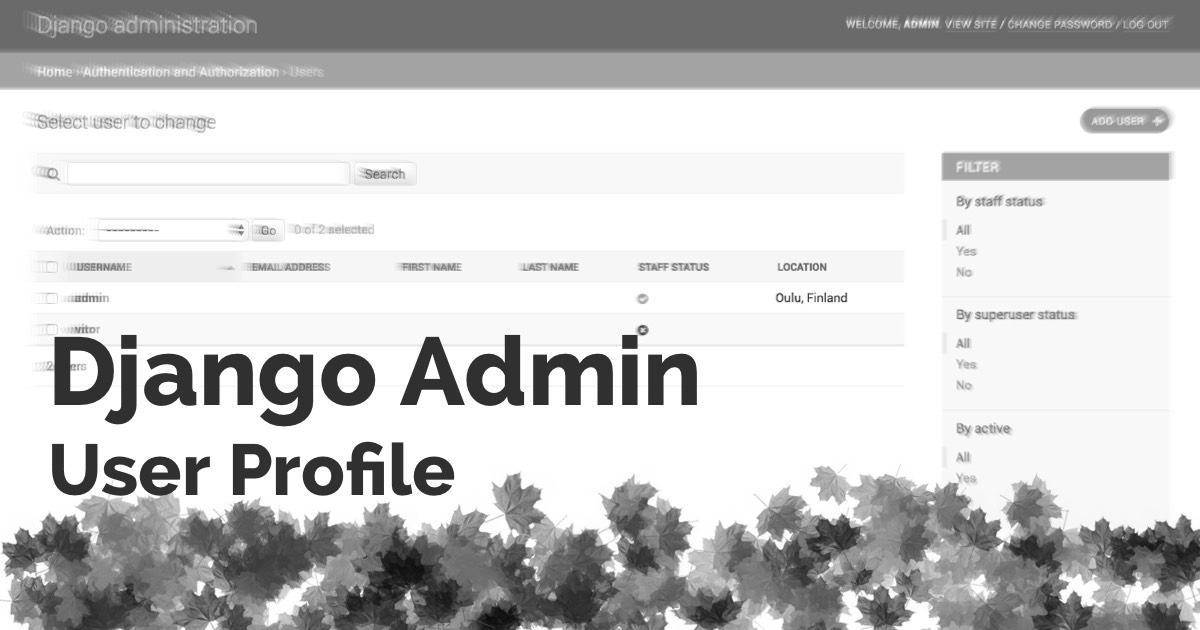